The 17th edition of the East African Power Industry Convention (EAPIC), which took place in Nairobi last month more than doubled its attendance numbers and proved again why it is the longest running power show in the region.

More than 1500 participants from 40 countries attended EAPIC from 27-28 August 2015, including from the region’s leading power utilities, large industries and investors as well as 69 technology and service providers who showcased their products at the exhibition at the KICC. Kenyan utility Kenya Power and the Ministry of Energy and Petroleum were key partners again.

Other popular winners were Dr Albert Butare, former Energy Minister of Rwanda who won the Lifetime Achievement Award for East Africa, as well as H.E. Dr Elham Mahmoud Ahmed Ibrahim from Ethiopia who is the African Union’s Commissioner for Infrastructure and Energy who won the Outstanding Woman in Power, Regional Award East Africa.

Clean Power East Africa
Another first for the event was Clean Power East Africa, the dedicated track focusing on the abundance of natural resources in the region that make it attractive to renewable energy generation. The new track enabled delegates to learn more about the potential, technologies and processes for clean power.

Exhibition
The South African Electrotechnical Export Council (SAEEC) led a delegation of 25 companies to EAPIC, which was more than double the number of companies from last year and this was made possible by the Department of Trade and Industry (thedti) and supported by the South African High Commission in Kenya. Says SAEEC CEO Chiboni Evans: “our increased participation is also an indication of the importance South Africa ascribes to not only the power sector in Africa but to the East African region.”

Some comments from satisfied EAPIC participants this year:

EAPIC is organised by Spintelligent, leading Cape Town-based trade exhibition and conference organiser, and the African office of Clarion Events Ltd, based in the UK. 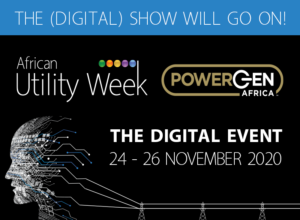 AUW & POWERGEN Africa: The (digital) show will go on!