OPIC recently confirmed several new energy projects that will create an estimated 1,500 MW of on and off-grid projects across the African continent. One such project, The Redstone Project – signed between Solar Reserve, ACWA power and IFC – will create a 100 MW clean energy facility connecting to South Africa’s national grid.

EnergyNet caught up with OPIC’s Managing Director Peter Ballinger to find out more about the project and what it will mean for the market.

What sort of timescale does it take to secure such an amount of funding?

It’s important to remember that large infrastructure projects are extensive undertakings, especially in developing markets. OPIC has been in discussions with Redstone’s project sponsors for several years. We look forward to the transaction’s progress as we move toward commitment and financial close. The progress of Power Africa development is not instantaneous, but through OPIC support to key U.S. private sector partners like SolarReserve and international developers ACWA, this will be a significant and lasting contribution to the African energy solution.

What will be the long term impact of the investment – how will it reach the market?

After financial close, an OPIC investment guaranty to the project will join equity investment as well as other debt to provide necessary capital for the costs associated with construction and operation of a large power infrastructure facility. SolarReserve and ACWA will use debt financing from OPIC and other lenders to advance development and eventually deliver power to South Africa’s national grid, which in turn powers homes and businesses to foster lasting economic growth.

What is OPIC’s motivation for attending the Powering Africa: Summit?

At the Powering Africa: Summit, we aim to discuss some of our recent success stories in the African Power sector, and some exciting milestones that OPIC has achieved for President Obama’s Power Africa initiative. For the power developers in attendance, it’s important to realize that OPIC is not only a viable source of large scale debt financing for these projects, but a lender with four decades of energy sector experience in some of the world’s most challenging frontier markets. I’m eager to talk to some of the bold innovators that the Powering Africa: Summit is sure to attract.

The Powering Africa Summit, taking place 27-29th January at the Marriott Marquis Hotel, Washington, D.C. will focus on several ground-breaking projects including the Redstone project, The Tema Port development in Ghana, and the West and East Africa inter-connectors.

For more information about this meeting: 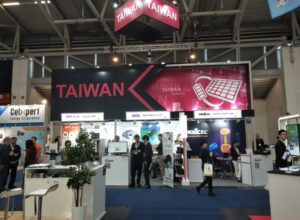