In a recent survey by PV-Insider of those examined over 51.4% stated that they thought the most credible prospect for growth in the next 5-10 years was 1-5MW industrial and commercial deployment.

The survey produced by PV-Insider was titled ‘The commercial development and sustainability of the South African photovoltaic market’’ and was answered by over 100 industry professionals. It examined issues relating to business development in the Sub-Saharan African markets as well as potential barriers to development.

Survey results revealed a thoroughly positive picture for recent activity in the South African PV market with 47.8% stating they had seen an increase in revenues in the past 12 months. With the continued roll out of REIPPP as well as an increase in private demand for PV projects the stated revenue jumps were fully expected.

The guide was produced in conjunction with PV Project Development Africa 2014 (9-10 September, Johannesburg). The event will be addressing in full detail the commercial evolution and sustainability of the South African PV market. The survey asked a range of questions relating to business development, sustainability and commercial evolution. PV Insider has produced the survey results with full analysis and conclusion into a single comprehensive guide free of charge.

The guide can be found free of charge at: http://bit.ly/pvprojectdevelop

If you would like any more information on the guide email: marco@pv-insider.com

PV Insider are thought leaders in the PV Industry producing events and reports for global PV markets. They host annual events in: North America, South America, Africa and the Middle East. They have a subscriber database of over 30’000 to their newsletters and industry updates. To find out more visit www.pv-insider.com 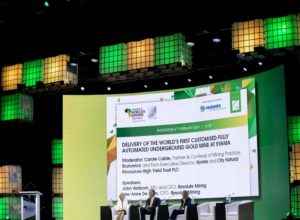