The continent’s nuclear future and specifically the South African nuclear industry’s readiness strategy came under the spotlight on the last day of the African Utility Week (AUW) conference and exhibition in Cape Town.

When Eskom’s senior manager for nuclear build Loyiso Tyabashe shared the “lessons” with delegates during a panel discussion, he was asked if this is on the presumption the nuclear build programme is going ahead.

Minister of energy Jeff Radebe earlier this week said during the opening of the AUW conference that the draft Integrated Resources Plan will be finalised in August. He, however, did not mention nuclear once in his keynote address but rather focussed on the benefits of renewable energy.

Tyabashe said there is no such presumption but “in the eventuality that it is there (nuclear in the new Integrated Resource Plan), we need to have our best foot forward as a country”.

In Parliament on Wednesday Radebe said nuclear energy remained a part of South Africa’s energy mix but the extent to which government invests in energy will be determined through policy, Business Day reported.

Tyabashe reminded delegates that there is currently an IRP of 2010. Read more: South Africa committed to renewable energy, no mention of nuclear

“As part of the process leading up to that (finalising the IRP) and Eskom being designated as the owner operator in the nuclear policy framework of 2008, it has certain responsibilities according to the International Atomic Agency and the World Association of Nuclear Operators,” he said.

He added: “Those responsibilities talk to planning and getting ready for licencing, for sites, for construction, operation and final decommissioning.”

“When the IRP comes out in August and if it says no nuclear until 2050, then we have no business and have to close shop and move on to the next technology.” He told delegates Eskom always follows policy and the department of energy drives policy.

“So, we cannot be driven by newspaper articles or just interviews we do not understand the context of and which took place in Davos or another city. As I stand here, I am driven by the existing policy. “The IRP – the version of 2010 has nuclear in it,” he said. “Until it is not there anymore, it will be dereliction of our jobs as South Africans and owner operators to not do front end planning.”

On the lessons learnt from Medupi and Kusile that Eskom wants to carry over to the nuclear build programme, he said there were good and bad lessons.

“We did well with the socio-economic development aspect of it. Look at Lephalale (near the Medupi power station) where the average household income has improved,” he noted.

Tyabashe also referred to lessons about contractors. “South Africans are skilled, and we need to make sure we manage the skills that we have in the country and make sure we include them in the build programme and train them accordingly. We cannot have any over reliance on overseas skills.”

According to him they will also have to avoid labour instability at the sites. “Medupi had about a one-month long strike which shut down construction and costing the programme millions.”

He said that is an issue they will have to manage. “It is even more prevalent today because we see formations that are politically aligned trying to demand opportunities through the concept of radical economic transformation.”

“You cannot just get an environmental authorisation. For a nuclear plant you also need nuclear authorisation which we have started already especially for site installation licence obligations to the National Nuclear Regulator and we are waiting on them to undergo their processes very closely.” He said these are the areas they want to improve on. 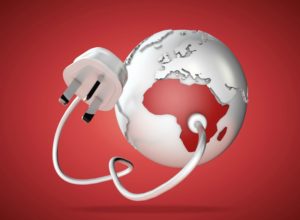