How has the global economic recession affected investments in Africa?
The global recession has had a deleterious effect on economic activity around the world.  However, one of the continents least affected by the economic downturn has been Africa. Over the last couple years Africa is home to six of the 10 fastest growing economies in the world and the growth rate for Africa as a whole has been approximately 7% (on the back of strong commodity prices). Additionally, the continent is witnessing a growing middle class and greater economic stability quelling previously held misconceptions about the region. The aforementioned factors in conjunction with the African market’s low correlation to the economic activity, has provided impetus for investor interest in the African growth story. This interest in the African growth story has resulted in an increase in private equity activity and funds raised on the continent, with Carlyle, one of the largest buyout shops in the world, recently raising US$500 million for investments in sub-Saharan Africa. Many would argue that the global economic recession has made investors more cognizant of the opportunities in Africa.

Where is most of the current foreign investment coming from?
Africa has a number of large trading partners around the world with US, the EU, and Brazil being amongst the most notable. Recently, however, we have seen China become one of Africa’s largest and most significant foreign investors. Due to the strong demand for commodities in China, we have seen China invest in infrastructure projects in exchange for interests in commodity outputs. China’s Ministry of Commerce estimated the value of all China-Africa trade to be greater than US$122 billion between January and September of last year. According to The Economist, China’s investment in Africa is very significant and likely to grow exponentially going forward. Indeed, Africa is no longer “the Hopeless Continent,” as once remarked by this publication.

Are there any projects you are currently involved in that you are particularly excited about?
Although this can be considered to be a very generic answer, I am very excited about all of the current projects we are working on. Each of the projects has the potential to provide incredible economic value to all the project stakeholders. Given the need for infrastructural development in order to spur economic growth, every project that we are currently working on is helping to build the foundation for sustainable and robust economic growth in Africa. Power, transport, water and sanitation and ICT, they all provide the foundation for economic development.

What surprises you about this industry?
What I think is particularly interesting about the current state of the industry is the lack of private investor activity relative to the risk return profile and size of the opportunities on the continent. The estimated financing requirement to close Africa’s infrastructure deficit amounts to approximately US$45 billion every year. While the amount may seem daunting, there exists an incredible opportunity for investors willing to come to Africa. Given government, IFIs, and DFIs’ dedication to the success of these projects, as well as the proven success of the PPP model, it surprises me that more people have not taken advantage of these opportunities.

What would you consider the most urgent priority in terms of infrastructure investment in Africa?
One of the most urgent challenges to the infrastructure backbone in Africa is the development of the power industry on various levels of the value chain. In 2008, only 38% of Africans had electricity with the percentage in sub-Saharan Africa being even lower. The lack of consistent, accessible electricity has a negative effect on productivity, and subsequently increases the costs of doing business in the continent. The increased costs of doing business decreases Africa’s competitiveness globally, thus highlighting the ramifications poor electricity supply has on the economic development and growth of the region.

Anything you would like to add?
It isn’t often that people get to play a role in a growth story like the one currently taking place in Africa. Whether you are an investor, public sector player, or a maverick, there are various roles that you can play throughout the exciting narrative of this region. Take the opportunity and enjoy the experience. 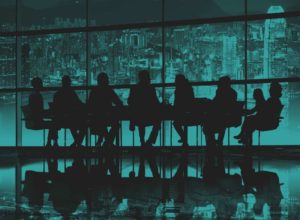