Exclusive interview with Shane Pereira, business development executive at Lesedi, and an exhibitor at the upcoming African Utility Week in Cape Town from 15-17 May.

“Nuclear has a future for sure, it’s a question of timing. Also, new smaller reactors will have a future.”

Some background on Lesedi
Lesedi is a leading engineering, procurement, construction (EPC) African company executing major infrastructure projects in the energy sector. Lesedi evolved from Intens Engineering, which was founded in the mid-1980s soon after the commissioning of Koeberg Nuclear Power Station in the Western Cape of South Africa. Lesedi has since diversified into a major engineering, procurement and construction (EPC) company, having successfully completed numerous key projects in nuclear, industrial power, mining and oil and gas environments. Lesedi’s main shareholder is Framatome (previously AREVA and renamed in January 2018).

What projects in the energy sector in Africa that Lesedi is involved in currently are you most excited about?
Since 2001, Lesedi Nuclear Services has executed over 150 modifications at Koeberg Nuclear Power Station. Today Lesedi is engaged with some of the most significant projects at Koeberg including plant life extension through the replacement of the Steam Generators, the replacement of the water storage tanks (PTR) as well as other modifications required for Koeberg’s life extension.

We are also excited about the prospects of executing small scale biomass and waste to energy projects on the African continent and to date we have progressed significantly in South Africa, having managed to get two biomass projects (16.5MW and 5MW respectively) to a preferred bidder status in the REIPPP in 2013 and 2016 as well as biomass and waste to energy projects in Ghana where our project development team has also progressed significantly to get the projects to financial close.

What in your view are the main challenges that the energy sector faces on the continent?
An industry that is under tremendous pressure, troubled by prescriptive regulations and policy uncertainty, reacting by becoming confrontational to the point of animosity, and increasingly resorting to complicated contracts.

The financial performance of utilities in Africa as well as countries ability to provide sovereign guarantees remains a risk.

A lack of continuity for major power infrastructure projects and poor GDP growth within African countries also impact on the sustainability of companies both large, medium and small in the sector.

How do you see the future of nuclear in South Africa?
We will continue to support our client Eskom at Koeberg as we have been doing for nearly 30 years and the current plant life extension will ensure the future of Koeberg. We believe Nuclear Power is a stable, cost-effective and green source of baseload power – the updated IRP will give direction as to the future prospects for nuclear in the country. Nuclear has a future for sure, it’s a question of timing. Also, new smaller reactors will have a future.

What is your vision for the sector?
Nuclear services are specialised and the market still has opportunities – even developed countries such as in the UK, Sweden, US, Abu Dhabi and Saudi Arabia have opportunities for our skills to be deployed. We already have a global footprint as we have provided skilled maintenance at more than 15 nuclear plants across the world for over 15 years. International projects of particular interest for Lesedi include the Bellefonte nuclear power plant project, in Alabama, in the US, and the Hinkley Point nuclear power station, in Somerset, in the UK.

You are an exhibitor at the upcoming African Utility Week, what will be your message at the event?
We want to showcase our services and capabilities to utilities locally and abroad. Our message will be that Lesedi business offering is diverse and that
● We are a well-established engineering, project management and maintenance solutions house that conceptualises, manages, and implements complex bespoke engineering projects.
● At Lesedi we cover the full suite of engineering from mechanical, electrical, process, civil, control and instrumentation to structural designs. Lesedi also has the latest engineering software to ensure we remain ahead of the field.
● We have vast experience in collaborating with original equipment manufacturers (OEMs) in a variety of contractual arrangements including Consortium, Joint Ventures, and Sub-Contracting. We are also technology agnostic allowing us to select the most appropriate configuration of technologies to give our clients the best solution

What are you most looking forward to at the event?
Sharing, learning and networking, and being informed about new opportunities for our business

Anything you would like to add?
A 2015 McKinsey report stated the following: “There is a direct correlation between economic growth and electricity supply. If sub-Saharan Africa is to fulfill its promise, it needs power. The region’s power sector is significantly underdeveloped, whether we look at energy access, installed capacity, or overall consumption.

The fact that sub-Saharan Africa’s residential and industrial sectors suffer electricity shortages means that countries struggle to sustain GDP growth. The stakes are enormous. Indeed, fulfilling the economic and social promise of the region, and Africa in general, depends on the ability of government and investors to develop the continent’s huge electricity capacity.”

At the WEF last year it was reported that “Africa has a chance to bring hundreds of millions of people without electricity into the modern economy. Productivity and growth will improve as African economies continue to place more emphasis on services and manufacturing, pursue commodity production, and achieve quick gains in agriculture and light industry. But African countries’ success presupposes that they generate and manage energy sustainably to keep up with increasing demand. In the next 35 years, Africa’s population will continue to rise, with a projected 800 million people across the continent moving to cities. “

We want to be a part of “EmPOWERing Africa”. 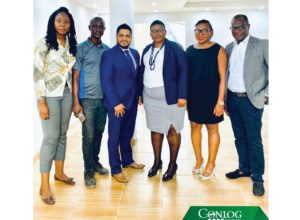 Conlog is now open for business in Nigeria