Exclusive interview with Palesa Mathibeli, Senior Project Manager, Waste Treatment Technology Project, City of Johannesburg.  She will address the Waste Management track at African Utility Week in May on the first PPP in South Africa to create a waste-to-energy facility.

What will the City of Johannesburg waste-to-energy project entail?
The waste-to-energy project, or more specifically, the Waste Treatment Technology Project will entail a new waste disposal method in which in which your normal municipal or industrial waste, rather than after collection being disposed of at a landfill, it is taken to a facility or a waste treatment plant, and gets processed. The waste is subjected to a conversion process, normally through combustion, which reduces the size of the waste residue and produces gaseous products.  There are different kinds of technology used for this and incineration is the most commonly used.  Although the main aim is to reduce the size of the waste, so we save on landfill space, there is a renewable energy that is produced in this process.  This energy can be converted to electricity fuel, or gas.  Furthermore, a lot of heat is produced in this process which can also be used in industrial processes such as hospitals, electricity generation etc.

What kinds of waste are suitable for this project?
In the City of Johannesburg project we are looking at municipal solid waste (household and business waste which is collected in the standard wheelbin). Processes can also be adjusted to a variety of waste, for example healthcare risk waste.

Can you tell us more about the waste-to-energy project that is being developed in the City of Johannesburg?
The project was initiated in 2008 when, due to increased waste quantities in the City, our landfill airspace capacity is under tremendous pressure, we saw the need for a sustainable way of disposing of our waste into the future.  Although the City of Johannesburg municipal owned entity Pikitup is already doing many things in managing the landfill airspace waste, such as creating more space, recycling etc. we still felt we needed to look for a long-term, sustainable solution. We looked at what other high-economic activity areas such as Europe did about their waste. We asked for Council approval to start investigating these technologies and received the go-ahead. We found that these technologies do not come cheap. We are looking at an investment of between two to ten-billion Rands for these technologies. We therefore started looking into procuring this technology through the Public Private Partnership (PPP) mechanism, to get a private investor who could assist us with a solution whilst we can provide the investor with a 20-30 year contract to recoup its investment.

When can we expect the first facility to be in operation?
The feasibility study was done first and in 2009 and 2010 we received a positive recommendation from the National and Provincial Treasuries that the project was indeed viable and that it would add value to the City. We have now entered the procurement stage. A two phased bidding process will be followed, we will first request bids through a Request for Qualifications process and in the second phase, shortlisted bids will be requested for comprehensive proposals. A preferred bidder will then be appointed at around February 2013 and by June of that year the contract negotiations will be finalised. We expect the construction of the first facility to be commenced in August 2013 and around two years later, in 2015, the first facility should be in operation.

What technology do you foresee being used for the new facility?
We decided not to limit the scope of this project by only concentrating on one type of technology. We have left it open as we want the prospective bidders to be creative in providing us with solutions for the City. Since we started this project, we have had so many people coming to us with suggestions.   We looked at a case study of one of the European local authorities, where they also left the type of technology to be used open and the result was that the successful bidders came up with a totally different technological solution but which was met their needs.
The following different kinds of technologies are available currently:

What will be the benefits to the city?
There are various benefits:  we will be reducing a lot of waste going to landfills which are under a lot of pressure. We envisage that 500,000 tonnes of waste per year will be processed this way. The renewable energy produced at the facility will be 60-75 megawatts per day. There is also the revenue from the sale of by-products:  e.g. recyclable waste, heat, bioenergy.  Furthermore, there is the potential for the City of Johannesburg to earn carbon credits.
The City will gain a private partner which will bring the right technical expertise as well as raising the capital for the project, meaning it does not come out of the City’s coffers. City will still be required to pay a gate fee for the use of the facility, the way it pays now at private landfills. Then there is the job creation aspect, whereby about 400-600 jobs will be created in the recovery of recyclable waste and another 80 technical jobs. The project has a strong localisation (local labour, resources) and skills transfer component. This facility will be a big investment for the City with the big construction that will take place. There are BEE partners that will also benefit. All in all, we are talking about an innovative solution that will be a first for South Africa at this scale and the first PPP for the City of Johannesburg.

What is the sustainability of this project?
Because this is a Private Partnership Project, it has to be sustainable and financially viable for both the City and the private partner.  In this kind of project you cannot expect a partner to invest in the short-term. This is a 20-30 year project, so that the private partner gets the opportunity to pay back its loans and be profitable. We realised that with our financial model, the project will be more value for money than a new landfill.
From an environmental perspective, landfills are polluting the environment, air and water. We are bringing in proven waste management technology that has been proven in Europe for more than 100 years. It also produces renewable energy. From a climate change point of view, landfills are currently one of our biggest contributors to greenhouse gases. With the new facility, the residue that will come out will be inert, so the conversion and scrubbing processes will help clean all the harmful gases.

Is Johannesburg unique in these projects in the country?
Yes, we are the first municipality to initiate a PPP of this nature. I would say that we are far ahead compared to the rest of the country.

What is your vision for this technology?
Previously, environmental legislation was not clear whether it supports this kind of development or not. However, the National Waste Management Strategy has just been promulgated and on a national level, waste-to-energy-projects are supported. Gauteng Blue IQ has actually done a study about the viability of waste to energy projects in the Gauteng Province. The study established that six more facilities are possible for Gauteng. Remember, you need large quantities of waste to make these projects viable. Our first project will manage 500,000 tonnes of waste per year, which is relatively small amount compared to the amount of waste generated throughout the Province. Currently 1.7 million tonnes of waste are processed in Johannesburg alone; with the projected growth of waste it will reach four million tonnes per year by 2045. Also, we need to look at other technologies and consider a mix of technologies when planning waste-to-energy facilities.

What surprises you about this industry?
Firstly, how slow we have been in developing projects through PPPs as municipalities. Waste management infrastructure development is much underfunded and PPPs provide an opportunity for waste infrastructure to be established at no initial capital investment by municipalities. Secondly, how relatively easy it is to develop such PPP projects and how much support there really is across all sectors including National, Provincial PPP Units and development finance institutions such as the Industrial Development Corporation that provide both technical and financial assistance in developing PPPs.

What will be your message to the African Utility Week delegates?
I will have a specific message to the other utilities there that are looking at new waste management projects, particularly if they want to use the PPP structure. I will focus on the project management and project development side of the PPP project which we are instituting in the Johannesburg project. I want to share with my municipal colleagues how we used a collaborative process of successfully partnering with other institutions such as the IDC and National Treasury. 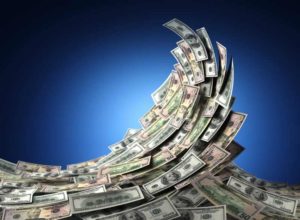