According to a Middle East Electricity (MEE) report, the Gulf Cooperation Council (GCC) requires a combined $131 billion worth of investment in electricity generation and T&D over the next five years to cope with demand growth, expanding economies and climatic change.

The MEE report, GCC Power Market, produced by Ventures Onsite reveals that despite the GCC’s current power-generating capacity of 157GW – which equates to 43% of all Middle East and North Africa capacity – its six states will still require $81 billion in investment for 62GW of increased capacity and $50 billion for additional transmission and distribution.

Much of the investment is likely to come from PPPs if a regulatory framework is introduced to incentivise IPPs; however, the report warns: “GCC governments need to ensure that IPPs play a larger role in power generation and not be looked upon as a short-term fix to increasing demand.”

Such is the demand for change that the Global Smart Energy Summit (GSES) – which debuted alongside MEE 2018 – included a track dedicated to reforms, policy and incentives where regional and international industry leaders debated tomorrow’s financing and partnership solutions.

This year’s MEE edition, which took place in March, was held under the patronage of HH Sheikh Maktoum Bin Mohammed Bin Rashid Al Maktoum, Dubai Deputy Ruler, and hosted by the UAE Ministry of Energy.

Uniting the region’s government energy leaders, regulators, utility companies, contractors, consultants and energy end-users for three days of dialogue, thought leadership and networking with smart energy pioneers from around the world – the Summit welcomed over 700 attendees interested in the latest regional and international trends.

According to the organisers, more than 21,000 industry players gathered to participate in the exhibition and conference, which included a number of technical seminars and workshops.

Navigating the demand-supply gap is a continual challenge and the MEE expo provided insights into how to bridge this gap through eco-friendly, alternative energy sources. Four core themes – namely: sustainability in power; alternative generation solutions; risks and opportunity landscapes; and innovation – emerged at the event, demonstrating the regional industry focus.

Solutions that allow organisations and countries to meet their sustainability goals were seen as a priority for many attendees. To this end, MEE has taken a firm renewables stance, with solar power taking centre stage: Renewable energy solutions are seen to be the vision of the future, as the industry works together to secure a greener planet. Discussion centred on exploring grid connectivity solutions and the technology that supports this kind of innovation.

The goal throughout MEE was brainstorming ways to lower carbon emissions from conventional power plants ensuring utilities and IPPs think smart to ensure a better, healthier future for all.

Coupled with the RE resource focus was an emphasis on understanding how to incorporate alternative generation solutions such as waste-to-energy and natural gas.
The ultimate goal throughout discussions was to ensure security of supply, while upgrading innovation to mitigate threats of extreme weather conditions and immature regulatory frameworks that inhibit the progress of alternative generation.

The excitement around innovation was balanced and recognised the new risk profile this brought. One hot topic in this regard was the effects of infiltration by counterfeit products on the safety and security of the supply chain, as well as associated threats to human life.
Risks and opportunities surrounding IoT advancements were also included in several workshops, providing practical tools to support utilities, as they continue their digital transformation.

Innovation such as virtual reality applications, which are gaining more popularity amongst Middle East utilities, were investigated as part of a larger context, taking into account utility goals and objectives.

Ultimately, innovation is measured against the effects on communities and consumers, facility managers, integrators and suppliers. The overall sentiment at MEE was the understanding that energy is a key to happiness – by way of being more productive and ultimately ensuring a healthier bottom line for industry and greater health for the economy at large. ESI 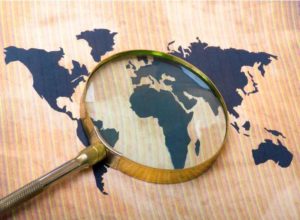 Africa must respond to power challenges as a collective | POWER-GEN...