‘Government support is often vital for the viability of hydroelectric projects, which in my experience is usually one of the most difficult and time-consuming hurdles to overcome.’

How did it come about that Dewey & LeBoeuf are involved in hydropower?

The Firm has a long history of working in the power industry, going back to the founding of LeBoeuf & Winston in Albany in 1929, when the legacy Firm was created to represent power companies in the United States following the passing of the Public Utility Holding Company Act of 1929.  In the intervening years, the Firm has been "exporting" its extensive power industry experience to numerous other markets including Africa, and has expanded to 26 offices in 15 countries to service our power industry clients around the world, including here in Johannesburg.  In Africa, the firm has a history of representing paratstatal utilities, independent power producers and project lenders going back several decades.

You are known as the preferred legal firm for the hydropower industry in Zambia – what has been your experience of working on projects in this country?

Dewey & LeBoeuf has had a very positive experience working in Zambia.  There is excellent potential for further hydropower projects in the country (including several recently-announced projects), and Zambia is well-positioned  in terms of geography, water resources and transmission infrastructure to be a very important part of the southern, central and east African power industry.  We hope to continue to be very involved in the Zambian electricity sector.

Other countries in Africa that you are involved in?

I have personally recently completed or am currently involved on projects in Botswana, Liberia, Ghana, Malawi, Namibia, Tanzania, Zambia, Zimbabwe and South Africa. Other Dewey & LeBoeuf lawyers are involved in different projects in those countries as well as a number of other countries in Africa including Algeria, Angola, Chad, Democratic Republic of Congo, Egypt, Equitorial Guinea, Kenya, Madagascar, Mali, Mozambique, Libya, Niger, and Nigeria.

What are the most challenging aspects of such schemes?

In Africa, like other developing markets, there are a number of challenges in addition to the project-specific challenges that one sees everywhere in the world. I find that the most challenging aspects of these transactions are not legal issues, but often sociopolitical issues.

The IPP industry is either relatively new or non-existent in most countries in Africa, and particularly with large hydroelectric projects the sponsor is often a parastatal, as is the offtaker.  Furthermore, where a foreign investor or lenders are involved, they generally require additional protections for their investment or loans.  Because of these reasons, government support is often vital for the viability of these projects, which in my experience is usually one of the most difficult and time-consuming hurdles to overcome.

The other major hurdle is often the economics of these projects.  Most countries in Africa do not have a large industrial or commercial customer base, so rely heavily on individual consumers or extractive industries (mining, oil, gas) to support the necessary tariff.  Hydroelectric power projects are capital intensive, and as a result can require a relatively high tariff in the early years of operation to allow for full cost recovery.  African residential consumers tend to be very sensitive to tariff increases (and residential power supply is often subsidised for this reason), and mines and related activities like smelters require low-cost power to be commercially viable.  As a result there is often a great deal of tension in respect of the project tariff, which is a critical and challenging issue.

What surprises you about this industry?

It is a fascinating industry in the African context.  I’ve spent more than 16 years working on African power projects, and it’s never been less than a challenge.  The unique sociopolitical issues in Africa, and the relatively underdeveloped state of the industry in most of the continent mean that projects which would be relatively straightforward in Europe or America are challenging here.  But there is a huge pent-up demand for power on the continent (and lenders with money to lend to good projects), but not enough projects to meet this demand.  The challenge will be for developers, parastatals and governments to continue to battle to get projects to the finish line.  This all keeps my job interesting and fulfilling, and as doing deals here requires a special skillset, it keeps my services in demand, all of which is positive from my perspective!

Ben Donovan will speak about “Legal and commercial issues in structuring and financing hydroelectric power projects in Africa” at Hydropower Africa on 19 September at 15h30 during Session 1.2.2 on Project finance, funding and tariffs. 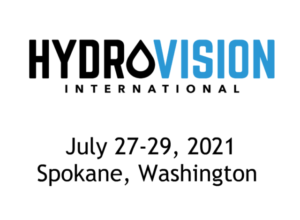 Hydrovision International has been postponed until July 27-29, 2021 in Spokane