Future Energy East Africa kicked off Day 1 yesterday at the KICC in Nairobi. The two-day strategic conference will run from 12 to 13 September 2018 attracting the regional and international power and energy community.

ESI Africa editor Nicolette Pombo-van Zyl caught up with a couple of industry professionals to gain insight into the trends of the east African power sector.

In an exclusive interview with David Otwoma, Chairman at EAARP, he stresses that efforts toward the deployment of electricity in the region need to be addressed. Watch the short interview below.

In an interview with Matthew Matimbwi, Executive Secretary, Rural Electrification Agency Tanzania, Pombo-van Zyl asks about the challenges experienced by grid-tied renewable technology in the region. Hear what he has to say in the short video below.

The Indian Pavillion was opened in true style with an official ribbon cutting.

Njoroge highlighted that the power sector plays a critical role in helping Kenya achieve its Vision 2030, with energy access sitting at 73% and growing.

Keynote welcome by the programme director Kelly Easton. @nicolettepombo will be interviewing her at the end of the day. #FutureEnergyEastAfrica pic.twitter.com/bbO2FsXslW 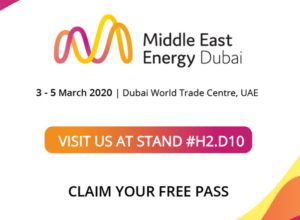