Can you explain how hydropower energy can be generated from a water distribution system?
The water entering the reservoir still has excess energy which is normally dissipated by means of pressure control/reducing valves (PRVs). A parallel dissipating system, a water turbine, is installed and the water is conveyed through the turbine where the flow and head is utilized to generate hydroelectric power. Anywhere in the water distribution system where there is excess energy which needs to be dissipated this can potentially be done.

It is called Conduit hydropower is where excess energy available in pressurised conduits (pumping or gravity) is transformed into clean, renewable hydroelectric energy by means of a turbine.

Can you give some examples/case studies of how this has been done successfully?
The City of Tshwane (now including Metsweding) receives Bulk water from Rand Water, Magalies Water and own sources including Boreholes, Water Purifications Plants and Fountains. Water is then distributed as through a large water system that includes 160 reservoirs, 42 water towers, 10 677 km of pipes and more than 260 pressure reducing installations (PRVs) that operates at pressures up to 250 m. Geographically speaking the City of Tshwane has a lower elevation then the bulk service Reservoirs of Rand Water which is the main water supply resulting in high pressures still available in Tshwane.

In a desktop study the ten larger reservoir sites in the City of Tshwane (CoT) were identified. The use of the potential energy stored in the pressurised closed conduit water systems in Tshwane is however not limited to these sites. These 10 sites have a potential to generate 10 000 000 kWh/annum. 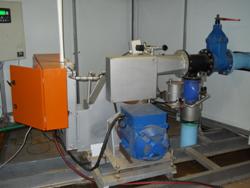 Case Study: Pierre van Ryneveld Conduit Hydropower Plant
The first closed conduit hydropower pilot plant in South Africa was constructed at the Pierre van Ryneveld Reservoir situated in the Country Lane Estate south of Pretoria. It is a ±15 kW installation utilizing a cross flow turbine and a synchronous generator discharging through the roof into the reservoir. The plant which was commissioned in November 2011 has a maximum capacity is ±15 kW of renewable, zero-emissions, electricity but depends obviously depends on the flow and pressure head conditions at any given time. Annually ±131000 kWh could be generated with this unit, enough to supply 10 households.

It is planned to utilize the generated power on site for lighting, alarm, communication etc. The home owners association of the Country Lane Estate have also indicated that they would like to utilize the power for street lighting.

The preliminary cost for the pilot plant totalled R550 000. This was for the turbine and generator, electrical work, pipework, valve chamber, enclosure/plant housing, monitoring system and data logging and communication system. Annual income would be in the order of R78 000 for electricity generated based on 60 c/kwh. Assuming a discount rate of 10% and a very optimistic energy escalation rate of only 8% results in a payback period of ±9 years (IRR = 23% for 20 year design life).

What is the potential for conduit hydropower in this country?
Feasibility studies aim to objectively and rationally uncover the strengths and weaknesses of the venture, opportunities and threats as presented by the environment, the resources required to carry through, and ultimately the prospects for success. In its simplest term, the two criteria to judge feasibility are cost required and value to be attained. In conduit hydropower projects some may have a monetary value providing a fast payback period whilst others have additional value, servicing remote sites or communities with subsequent benefits.

An initial scoping investigation by the Water Research Commission highlighted the potential hydropower generation at the inlets to storage reservoirs. In South Africa there are 284 municipalities and several water supply utilities all owning and operating gravity water supply distribution systems which have some type of pressure dissipating system at the downstream end of the supply pipe.  There is now real estimate of what the potential is seeing that the information of water distribution system layout of each municipality and water supply utility is not readily available.

What are the challenges to implementing this?
Buy-in from the owner/operators of the water distribution systems. We however trust that once a number of pilot plants have been constructed and some form of guide is available the motivation of why and how this should be implemented will become easier.

There are no financing schemes available for these smaller type installations such as the current REBID process implemented by the Department of Energy.

What will be covered during the Hydropower Africa workshop?
The University of Pretoria with collaborating organisations, City of Tshwane, Ethekwini Municipality and Bloem Water are undertaking Water Research Commission project entitled: Energy generation from distribution systems. The research project aims include:

Some of these aims have already been achieved and we would like to share this at the workshop. Furthermore the larger type installations as planned by Rand Water showcases the enormous potential there is on a larger scale.

Any other exciting projects that you are working on currently that you can share some thoughts on?
There are basically 4 areas where energy generation can occur in the water supply and distribution. 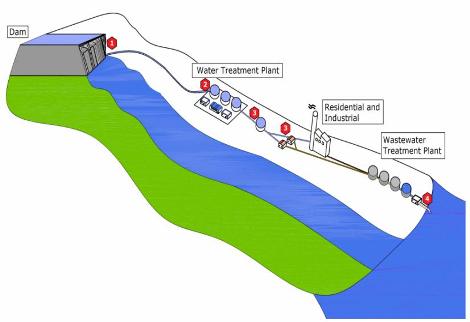 The focus in our research is on the energy potential in the potable water distribution system, but there are many areas where we could utilize excess energy (even low head installations), such as irrigation canals, wastewater treatment plants etc.

What surprises you about this industry?
The feasibility studies conducted thus far have indicated that these types of hydro power installations have a relatively short payback period. The reason for this is the minimum amount of civil works required compared to conventional hydro power projects. Due to very low profile of small scale hydropower development in SA during two last decades there are no defined approaches and methods for financing of hydroelectric installations. Currently the Municipalities or Water Boards would probably utilize their own budgets to finance such projects with larger type installation probably requiring other funding mechanisms (DBSA, commercial banks etc.).

The technology is not new the implementation is new.

Anything you would like to add?
What are the regulatory requirements?
No water use permit is required as described in the Environment Conservation Act (Act 73 of 1989) and the National Water Act (Act 36 of 1998) for most conduit hydropower projects. Any development will have to comply with the requirements of the national environmental legislation (Act 73/1989 and Act 108/1998) and also with the provincial and the local government environmental legislation. Usually no EIA is required.

Do you need a licence to generate electricity in this way?
A license from the National Energy Regulator of South Africa (NERSA) is required from all Independent Power Producers (IPPs) intending to produce more than 5 GWh per annum. This means that all hydropower micro/mini/small hydroelectricity producing components of most projects will be subjected to application for IPP license from the NERSA. 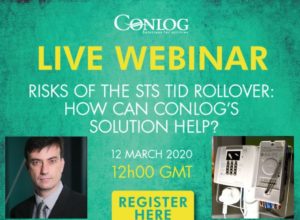 The clock is ticking for prepaid meter users: here’s why