“The modes of generation are changing rapidly, driven mostly by climate change and as such utilities have to adapt and change with the times”, says Shah Nawaz Ahmad, Senior Adviser for Middle East & South-East Asia at the World Nuclear Association.

“For instance, when you have renewables, which are variable, then the adaptability to have fast starter plants is important, or you will be running base load plants at low capacity, which may not be the best use of those plants,” explains the Ahmad, speaking with ESI Africa on the sidelines of the Elecrama World Utility Summit in India.

He notes that when off grid connections are factored in, then revenues may drop. “But the advantage of not having to build big transmission networks is there. Where paths might pass through agricultural or forest land – it’s an issue all around the world.”

The nuclear advisor believes that “if you are ready to reduce carbon emissions, the generation industry is one of the few organised industries which can move, have the financial resources, technical know-how and the results that it can deliver”.

From that point of view, the Elecrama platform is ideal.

“This is where you can submit ideas and options – because most of us are at the options stage – [to understand] how to implement it and how will it impact us,” says Ahmad, pointing out that Germany is a good example where renewables growth has had an impact.

“In Germany, most of the wind power is in the north, and the load in the south, but they can’t build transmission lines with the current policies there.”

The nuclear advisor states that the industry has lost the opportunity to put all the available technology resources to better use. “My whole point is that we remain friends, as long as we talk. Once we don’t talk we become enemies, and that’s not a good thing for the world, we need to talk, disagree, to come up with the view that in disagreement a better solution will come.

“Nothing new is gained through agreement.”

(Listen to the full response here)

On the subject of nuclear power, Ahmed feels that there is always a technological argument that could support or oppose decisions. “The whole thing [nuclear build programmes] hinges on when you need a large amount of electricity. The smaller modular reactors are attractive for smaller communities or smaller, weaker grids.”

Ahmed shared that: “we need to realise that the larger reactors are available right away, the lead given by China recently, built on time at a lower cost. That needs to be factored in.”

Furthermore, he suggests that the biggest challenge for any country is “not really doing the research in SMRs, very few regulators will accept a first of a kind reactor in their country without it being proven in the mother country”.

A few years will be added before the deployment to see its performance. “You are therefore deferring the decision by another 10-15 years.”

(Listen to the full response on nuclear here)

Many scenarios at play

He also raised the question around what to do in the interim if the commitments for carbon reduction, climate change etc. are to be met.

“As discussed, we have issues with solar for instance, which means that the capacity addition has to be much larger than the supply, if you need 1,000MW continuous supply, you need to ensure 3,000MW of solar power.”

When you take a holistic view of risk, there are strategies that put nuclear at a considerable advantage over other technology (renewable), he says. “I think the honest way would be to have an informed discussion amongst knowledgeable people, cooperation from the rest of the world, take the experience from the rest of the world and then take a decision that is best for you.

“In my opinion, decisions will differ in the generation space for quite some time…” 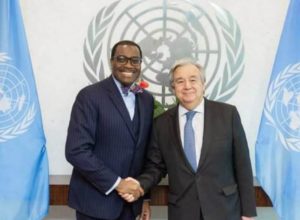