Last week’s announcement from the Department of Energy (DoE) that it has approved 13 new renewable IPP bids “signals the strong commitment of the South African government to continue renewable energy deployment. We encourage the whole sector to anticipate these developments and continue helping South Africa to stabilise its energy sector and solve the load shedding problems”. This is according to Sliman Abu Amara, Area Manager Africa, DNV GL – Energy, a global testing, certification and advisory services company that has been working on large wind and solar energy projects in Africa, including South Africa, Egypt, Kenya and Morocco.

“Everybody always smiles when you talk about solar in Africa”,says Amara. “The continent has abundant sunshine so solar is its most logical choice. There are several projects starting, with South Africa again leading the market. Morocco has developed a few projects and so has Egypt. Other countries are following suit but unfortunately it is still going too slow. And that is despite the fact that during the last decade, solar has become much cheaper”, Amara added.

Amara notes that “for African utilities to continue attracting investments in solar, they have to solve issues related to grid integration. In 2020, we will see very strong deployment of solar technologies in Africa, like never before.”

Egypt the renewable market to watch

According to Amara, DNV GL is very selective about the markets in which it operates in. “We see a lot of potential in many countries but we are more interested in their governments and the utilities that have to implement the commitments.”

“There has to be political will to do something and improve the situation in their countries. We have established excellent relationships with utilities and governments, but also with investors and developers. When we arrive in a country as an independent third party electrical engineering company and start with a pioneering project, we assist the project developer with the technical challenges and boost confidence, making the project visible”, Amara explained.

During the upcoming African Utility Week, DNV GL wants to demonstrate its commitment to the development of the power sector in Africa. “We have identified the challenges that this sector faces in these countries through our experiences. We have identified the issue of capacity and we have now developed a strategy to localise in terms of resourcing, working with universities in African countries to empower Africans to make DNV GL localised. We want to be African in Africa and we want to be South African in South Africa.”

The company will also release findings at African Utility Week from a large survey for Africa regarding three dynamics reshaping renewable and grid connection. “We know that renewables and the grid is a complex issue worldwide”, says Sliman Abu Amara. “It is the same in countries such as Germany and the US, but we are also aware of this from our work in South Africa, Tanzania, Kenya, Egypt and Morocco. This is why at African Utility Week, we will announce the results of our survey to develop tailored solutions for African grid challenges, to enable African utilities to connect and integrate more renewables into the grid.”

At the upcoming African Utility Week, the continent’s leading renewable energy project managers, investors and technology providers will gather in Cape Town as part of the largest utility conference and expo in Africa. DNV GL is the exclusive diamond sponsor at the event.

“We have noticed a lot of things happening in the African market, in South Africa, in sub-Saharan Africa and in Northern Africa,” says DNV GL’s Abu Amara. “The African market is ready for the penetration of larger scale renewable energy on the continent.”

In South Africa alone, DNV GL has been involved in nine wind projects (including Dorper and Gouda Wind Farms), and one solar project. In Kenya, DNV GL is the engineering partner in the 300MW Lake Turkana project, which will be the single largest wind park in sub-Saharan Africa.
African Utility Week and Clean Power Africa dates and location:
Exhibition & Conference: 12-14 May 2015
Industry awards: 13 May 2015
Site Visits: 15 May 2015
Location:  CTICC, Cape Town
Website:  www.african-utility-week.com 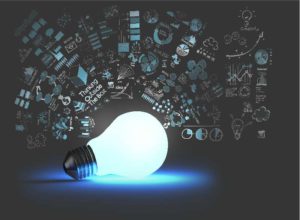 CSIR, behind the local energy landscape