What is the potential for CSP to be incorporated with South Africa’s coalfired plants?
There is a definite opportunity to consider steam augmentation of a coal-fired power plant using CSP. Besides the reduction in coal consumption there is the added benefit of reducing overall plant costs due to shared components. The use of CSP extends to other aspects of electricity production including supporting the cooling cycle of the water used in power production.

Is this already happening, can you give some examples?
Not commercially but there are efforts underway to conduct research or feasibility studies into this application. New coal-fired plants are not the order of the day anymore so countries like Spain and the US, who are champions of CSP are not pursuing a serious agenda of pushing steam augmentation using CSP. The Electric Power Research Institute (EPRI) in the US and the International Energy Agency in Paris are both assessing the viability of this technology application.

Are there success stories abroad?
See above. Too early to have success stories. For SANEDI, the opportunity lies in positioning SA as a pioneer in this field, possibly leading to further innovative solutions. Such was the case with dry cooling for Eskom power stations that were located in water scarce regions.

In the layman’s terms, what is CSP?
Concentrated Solar Power technologies refers to a range of technologies that use reflective surfaces to concentrate incident sunlight and focus the rays onto a collector which is then heated to about 600 degrees Celsius. The collector may contain a thermal fluid, such as oil in the case of parabolic troughs, or molten salt, in the case of power towers (central receivers). Both serve the same function of conducting the heat generated to a heat exchanger where steam is usually heated and power is generated in much the same was as for a coal-powered station. Some variants occur, such as the Dish/Stirling engine, the power tower, parabolic trough, linear fresnel reflector, to name a few.

How will this change the way we generate electricity in SA/Africa?
Firstly, it will allow us to continue using coal in the case of steam augmentation plants. This will benefit the coal mining industry in terms of jobs retained or created. CSP on its own is probably the most promising of large-scale renewable energy technologies in SA, not only because of the size and reliability of plant, but also because of the capacity to store heat and use this heat during off-sun periods of the day. CSP may well be the closest to a base load power plant that renewable energies can provide for, without the costs becoming uneconomically high.

What will be your message at Clean Power Africa in September?
That CSP has a role, not only on its own, as has been seen in the REBID programme but also as a means of extending the life of the coal-fired plants that could be built in SA in the future. The localization of components will however be critical in ensuring the technology thrives, as job creation and economic growth are at the top of the list of priorities for the green economy to succeed. 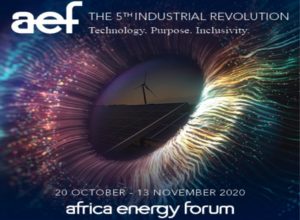