Speaking ahead of the pan-African power sector forum POWER-GEN & DistribuTECH Africa 2018, international power sector experts participating in the conference noted that biomass optimisation presented both challenges and opportunities in Africa.

As a renewable, carbon neutral and potentially cost effective power source, biomass is being harnessed effectively around the world, with Research and Markets’ ‘Biomass to Power’ report stating that by late

2016, there were approximately 3,600 active biomass power plants throughout the world, with an electricity generation capacity of approximately 51 GW.

Marko Nokkala, Technical Director at VTT-TECH Research CTR in Finland, says biomass presents good opportunities for Africa, but that few new biomass projects are actually being developed. “We fail to see why projects are not happening,” he says. “One major challenge appears to be a lack of understanding of the pros and cons of the different biomass technologies available. There is also a lack of capex – in South Africa, for example, we believe there are five or six firm biomass projects being investigated, but no credit lines for these projects.”

Dr. Jens Reich, Head of Sales of the Energy Technology Department of STEAG Energy Services GmbH, says biomass’s potential is still unlocked across Africa. “Key reasons for this include challenges in securing the supply chain. It is crucial for any such investment to have secure feedstock and suppliers,” he says.

A secure supply chain is simplified in countries like South Africa, where there are large paper mills and food processing companies to produce an ongoing supply at a single source, he notes, but in less developed countries where the feedstock might be supplied by family farmers, collecting and bundling this supply could prove challenging.

“In my view, this challenge is more a matter of organisation than infrastructure. In countries where there is a great deal of biomass available, there are opportunities for entrepreneurs to bundle feedstock, with support from institutional development agencies and governments,” he says.

But overcoming the challenges would present Africa with a compelling new addition to the energy mix, they say.

“Biomass is a renewable energy source, which the entire continent is looking for. It is also decentralised, which is trending both in Africa and globally, and it presents a potentially stabilising element for the grids on the renewable side,” says Dr. Reich.

“There are entities landfilling biomass. In effect, they are sitting on free fuel instead of converting it to energy,” Nokkala points out.  He says: “In South Africa, the efficiency of coal to energy combustion is dropping because the quality of available coal is dropping. In that biomass offers good opportunities. In addition, we need to reduce fuel to emissions and to decentralise power plants, and biomass offers opportunities here too.”

Optimising the potential for biomass would require new approaches, however. Nokkala notes that African planning horizons tend to be shorter than those elsewhere in the world, he believes. “Investors tend to expect a payback time of 2 – 3 years; but for biomass you have to build something small and highly efficient to get payback in anything under 5 years.”

Dr. Jens Reich and Marko Nokkala will be among the numerous experts presenting and participating in the upcoming POWER-GEN & DistribuTECH Africa 2018 conference in Sandton, where biomass to energy will feature as one of the focus areas. During the three-day event, panel discussions and presentations will cover areas such as the technology options and potential pitfalls in the generation of electricity and heat from biomass, challenges in the way of expansion of biomass generation in sub-Saharan Africa, and unlocking the biomass value chain.

POWER-GEN & DistribuTECH Africa 2018 will be staged from 17 – 19 July at the Sandton Convention Centre. The event is attended by over 3,000 power industry stakeholders, utilities and sub-Saharan government officials from pan-Africa and abroad.  For more information on the conference programme go to http://www.powergenafrica.com/index.html. Attendance o visit the exhibition is free of charge. 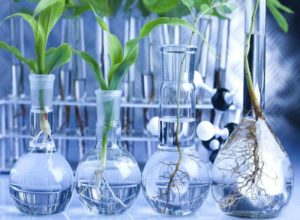