National Treasury is “pleased that funding will enable Eskom”

The commercial solar industry in South Africa has received a great boost with the recent announcement by Public Enterprises Minister Malusi Gigaba that the African Development Bank has approved the loan of $365 million to Eskom. The minister said during his budget speech in Parliament that Eskom had received this as part of its renewable energy project build programme in line with the IRP.

Private investment in renewable energy
During his parliamentary address, minister Gigaba also noted that additional investment was needed in the renewable energy industry: “Eskom’s programme alone would not guarantee security of supply and the country would need additional investment in new electricity generating capacity which must be secured from the private sector over the next few years up to the delivery of the first unit of the Medupi Power Station.”

Investment opportunities in the solar energy industry on the continent will be explored during Solar Energy Africa in Johannesburg in September during a meeting of private investors and the public sector.

Says Lindiwe Nkosi, programme director of Solar Energy Africa: “Financing and investment of solar energy projects in Africa has always been the stumbling block preventing governments and utilities to launch out into this readily accessible form of energy. The government cannot achieve renewable energy projects alone and this is the time where the private sector can play an important role in energy distribution.”

She continues: “governments are now officially participating in solar energy and have already started placing parameters to administrate elements of solar energy such as off-grid electrification and renewable energy feed-in-tariffs. This approval of the loan brings confidence to solar energy initiatives and potential investors to build solar plants in South Africa where there was always the question of funds.“

Solar Energy Africa will tackle the investment environment for solar projects in Africa as well as the learn from international speakers on how to build a successful solar industry. 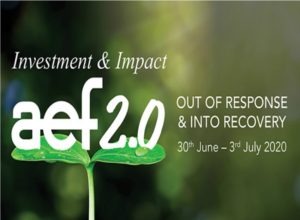